A More In Depth Look Into Raccoon's 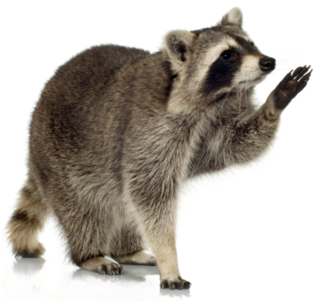 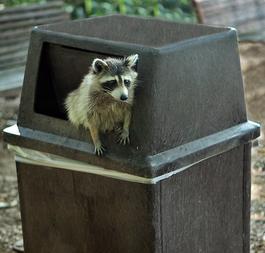 It's not always as simple as trapping the nuisance raccoon's, sometimes they have litters of babies.  Litters of raccoon pups or kittens are not always easy to locate. We once removed a whole litter of baby raccoon's, but a day later got a call back from a customer saying the babies were still there. When we returned we found one of the baby raccoon's down in a wall cavity. The only way to remove this little guy was to allow him to bite onto a glove and pull him up through the wall. Raccoon's can also be removed by handling with thick gloves or by a singe pole catch nuise. Only recommended from experienced nuisance wildlife technicians.

DO NOT poison raccoon's or use antifreeze to get rid of them. In retrospect this will work to kill the raccoon and get rid of them, but it will not solve your attic raccoon problem. dead raccoon's in your attic or wall will cause a decaying animal which you may not be able to find. With dead animals come maggots which lead to flies. Not to mention it's very cruel to animals, because they die a very painful death. Not humane to say the least.

Raccoon's nocturnal animals and mostly active during the night. During colder climates in Michigan the raccoon's will stay close to their den. However raccoon's do not hibernate and will come out during warmer winter nights. Raccoon often bread during January and February in preparation to have their young around the end of March or early April. 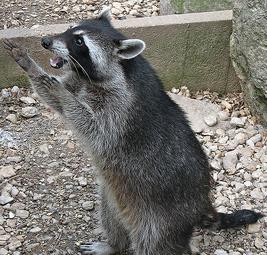 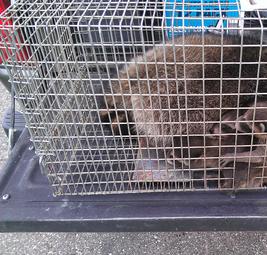